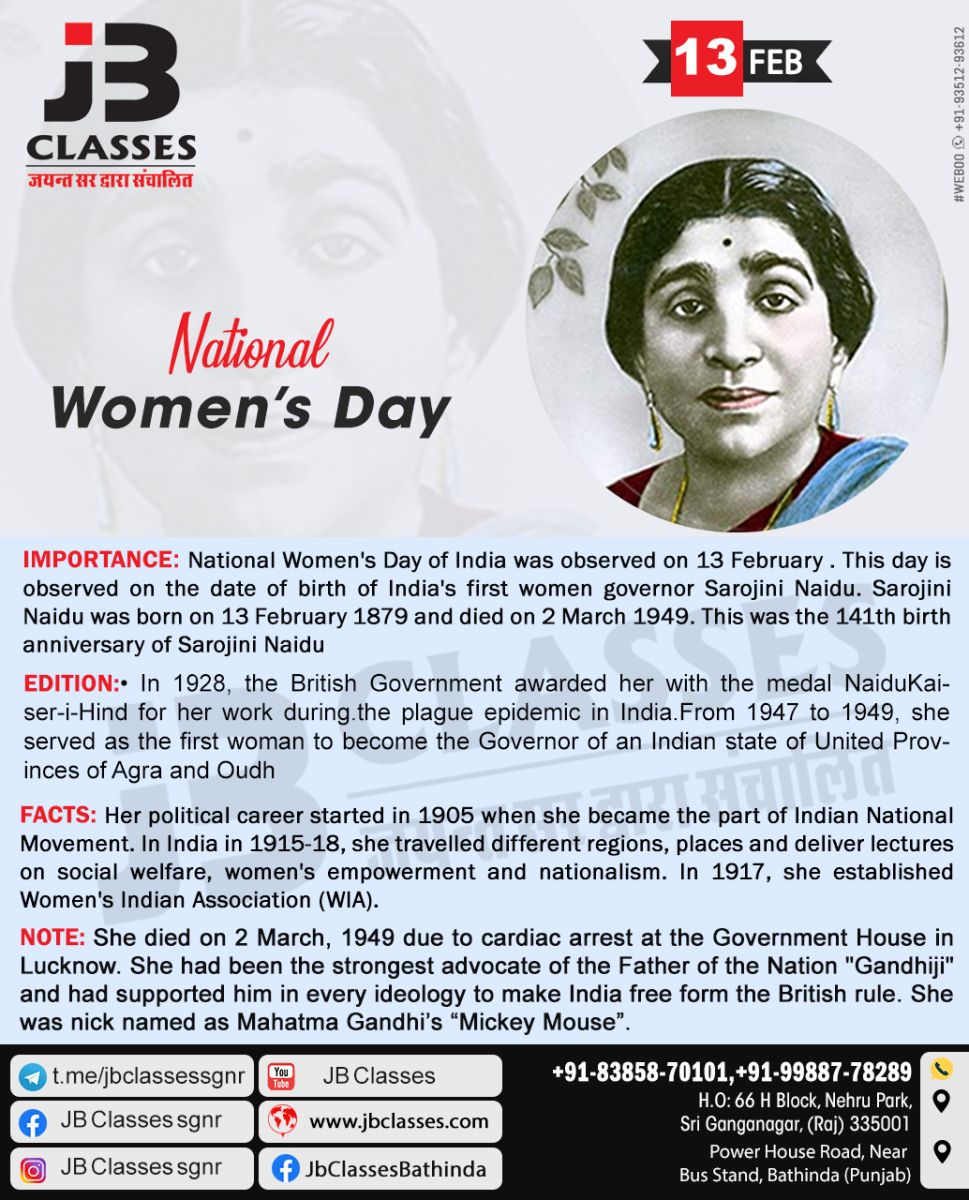 National Women's Day of India was observed on 13 February 2014. This day is observed on the date of birth of India’s first women governor Sarojini Naidu. Sarojini Naidu was born on 13 February 1879 and died on 2 March 1949. This was the 135th birth anniversary of Sarojini Naidu. Her birthday has been selected to observe as a National Woman Day in recognition of the works done by her for uplliftment and development of women in India. Her name and birth date was proposed to celebrate as the National Women’s Day in India by members of Bhartiya Mahila Sangh and Akhil Bhartiya Mahila Sammelan. Sarojini Naidu • Sarojini Naidu is also known as the Nightingale of India • She was a child prodigy, a poet and an activist during the independence of India • From 1947 to 1949, she served as the first woman to become the governor of an Indian state of United Provinces of Agra and Oudh • In 1925, she served as second woman to become President of the Indian National Congress and the first Indian woman to do so • Naidu joined the Indian national movement after the partition of Bengal in 1905 • In 1928, the British Government awarded her with the medal Naidu Kaiser-i-Hind for her work during the plague epidemic in India Literary works of Sarojini Naidu • Golden Threshold published in 1905 was her first collection of poems • The Bird of Time: Songs of Life, Death and the Spring • Feast of Youth • The Magic Tree • The Wizard Mask • Muhammad Jinnah: An Ambassador of Unity • The Sceptred Flute: Songs of India, Allahabad: Kitabistan • The Indian Weavers Apart from this, the International Women’s Day is observed and celebrated on 8 March every year.